Doesn’t this plant look gorgeous? This is Miconia, the velvet tree or bush currant and is a species of flowering plant from the Melastomataceae family. It is native to Mexico and Central and South America and it has become one of the world’s most invasive species. Miconia is a serious weed that has the potential to destroy native habitats and take over rainforests and threaten rare and endangered species. Miconia has demonstrated its capacity to rapidly infest steep country in high rainfall areas in Tahiti and Hawaii and rapidly displace native species.

Miconia is a fast growing weedy tree that reaches 3-15 metres. It has large leaves that average 1 metre long and 30cm wide, and are dark green and ‘felty’ above, with a distinctive ‘leaf within a leaf’ vein pattern.

The underside of the leaves are purple. It produces dark purple fruits that are 8mm in diameter and contain hundreds of seeds.

Miconia trees grow quickly and very close together, shading out nearly all other forest plants with their large oval leaves. It also has a shallow root system and can cause increased erosion and landslides.

See right a very steep hillside in Tahiti where some Miconia has been removed to expose just how densely it grows.

Miconia quickly matures, producing fruit after three to four years and flowers and fruits several times a year. Plants produce ten to twenty million seeds a year, which can remain viable for twelve years and possibly longer. Birds and animals (such as rats) spread Miconia seeds long distances. Seeds are very small and are unintentionally spread by humans and hitchhike on clothes, boots, gear, pets, contaminated vehicles, equipment and soil.
Miconia was first introduced into Australia as a garden ornamental in the 1970s and became a popular foliage plant and was sold by several nurseries in Queensland and New South Wales. In Tahiti, Miconia was introduced to a botanical garden in 1937, and has now spread across 70% of the island, forming monocultural forests driving many species to extinction.
As Moconia is so fast growing and quickly colonises disturbed areas, this coupled with its shade tolerance, allows seedlings to grow in gullies and partially shaded understories, which is why it can easily devastate huge tracts of rainforest.

In July 2008, Miconia was detected on private property in the Tweed near Murwillumbah, this was the first time Miconia had been found growing ‘in the wild’ in NSW. All previous records in this state had been deliberately planted or were plants in nurseries.

This plant carries a State-wide Class 1 notifiable noxious weed qualification. Following a report from a very observant member of the public, officers from the Far North Coast Weeds discovered fifteen Miconia plants growing in a nursery north of Lismore in 2013. The plants, ranging in size from very small seedlings to large plants that were pushing through the roof of a greenhouse, were removed.

Miconia has been banned from commercial sale since 2000 so if you see this very distinctive plant at any market stalls, please DO NOT BUY it and certainly advise the stall-holder that its sale is forbidden. The seriousness of the threat to our bushland cannot be overstated, as we share a similar climate to other locations in the world where this plant has devastated the natural environment. 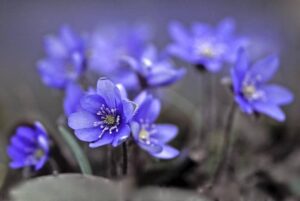 The 30th June ‘Jaunt’ is a triple header. Make sure