Coffs Harbour Garden Club President, Margaret Hunt has organised a day trip to Armidale to visit some gorgeous gardens on 12 November 2021. There are still some places left for this trip.

The bus will have pick up points from Woolgoolga, Moonee Beach Marketplace and the Botanic Garden Coffs.

The trip will include a visit to the gardens of Saumarez Homestead, a beautiful garden in Uralla and perhaps some more if time allows.

The National Trust Saumarez Homestead today came about because a growing family needed more space! The White family needed a bigger home than the slab hut with brick extensions they were living in. Francis John White (FJ) commissioned Architect J.W. Pender from Maitland to design a home on a nearby site for not more than £2,500. Construction completed of a single storey dwelling in 1888 which was made from bricks baked on site. Francis, his wife Margaret and their 5 children moved into their new home on their 7th wedding anniversary, 11 May 1888. Two more children were born and over time Saumarez became a hub for social activities in the Armidale area including tennis, golf (they had their own course), hunting, bicycle jaunts, picnics etc. With all these social happenings and a family of 7 children, there was a further need for more room. While Mrs White and daughter Joan were on a European Tour in 1905, Francis commissioned Pender to draw up plans for extensions to the home, to be completed in time for Mrs White’s return in 1906. This was achieved and an additional storey added making it a 30 room substantial home in the Edwardian Federation style.

The original landholding for Saumarez was some 20,000 acres when purchased by FJ’s father, Francis White from H.A. Thomas in 1874. Tragically Francis passed away within a year of this sale, so it was left up to eldest son FJ (b. 1854) to take over the running of this massive holding. FJ successfully built up a valuable rural land holding which included Aberfoil and Bald Blair east of Guyra as well as shares in Queensland and Northern Territory properties, along with Saumarez. FJ’s grandfather James was employed to bring a ship load of sheep to the colony in the early 1800s, so the White family association to the land runs deep.

Architect J.W Pender came from Scotland in 1855. He had attended the Royal Academy of Inverness and later worked with his builder uncle when he moved to Maitland in 1857. He did try his luck in the gold fields but made more money sharpening tools than panning for gold. His commission was 5% of build cost to draw up plans and supervise the build.

Saumarez homestead and 25 acres were donated to the National Trust in 1984 by descendants of FJ. The remainder of the station is still run by White family members.

Gardens were initially established by H.A. Thomas (the previous owner of Saumarez Station) around the slab hut, however these were extended to enclose the ‘new’ home and further developed by FJs’ daughter Mary who planted it as a cottage garden in the style of Jocelyn Brown.

To find out more about these gardens you’ll just have to visit them!

All meals and refreshments will be at own cost. 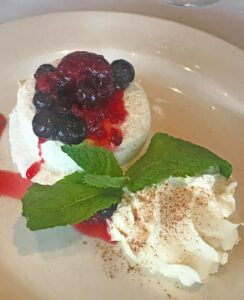 Where: We have arranged for our end of year Christmas 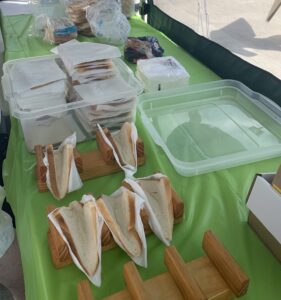 CHGC have upcoming fundraising BBQ at Bunnings Coffs on Sunday 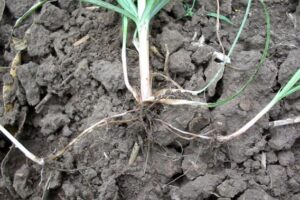 Nutgrass – A Toughie to Crack

his weed will crack you if you don’t crack it….. Cyperus