It is two years since the Horticultural world lost undoubtedly one of its most respected and much loved members. 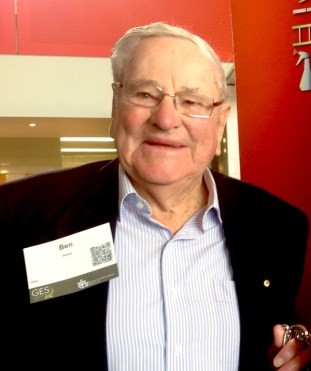 Ben Swane is affectionately know as ‘The Legend’ within Horticultural circles and deservedly so. He was so inured with all things horticultural that even as a young fella he had his fingers in the dirt. Ben’s Dad said he could use some land for whatever purpose he wished and so the young lad started growing vegetables. So successful was he that a local greengrocer at West Ryde purchased vegetables from the then, 12 year old, Ben.

Both Ben and his brother Geoffrey, were educated at Newington Collage, Stanmore and Ben often said how he hated every day (most probably interrupted his commercial efforts at home with the vegetables!). Ben came to realise later in life however,  that education is an important tool for life. Swane’s Nursery set in place an apprenticeship scheme that was the envy of not only the horticultural industry, but many other industries as well. There are many of our current horticultural specialists who had their grounding at Swane’s Dural nursery. Of the five Swane siblings four were involved in the horticultural industry – Valerie, Elwyn, Geoffrey and Ben, who all shared a passion for horticulture coupled with a solid work ethic.

His contribution to the Nursery industry has been immense, serving on boards of the Nursery and Garden Industry Association and the Royal Agricultural Society of NSW for many years, attaining life membership of both. He was valued for his eminent body of horticultural knowledge and industry experience. For many years he advised the Australian Citrus Propagation Association, the Elizabeth Macarthur Agricultural Institute, the NSW Department of Industry and Investment, Plant Breeders’ Rights Committee with the Department of Primary Industries and the International Plant Propagators’ Society. He was a long serving member of Rotary and served for three decades as a district co-ordinator for the Red Shield Appeal. 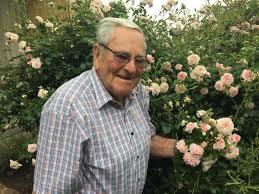 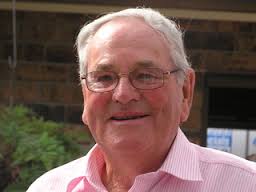 Widely acknowledged for his vast specialised horticultural knowledge and one of Australia’s most accomplished rose growers, Ben’s special gift is as an educator. Whether advising the novice gardener as a radio commentator with his quick wit, or speaking at gardening forums or conventions, his ability to engage the practical gardener in a calmly informative, yet accessible manner was unparalleled.

An example of his wit comes to mind when a caller to Simon Marnie’s Saturday Gardening segment on Sydney ABC radio said ‘My husband has been using Glyphosate to clean up the weeds around the roses on our driveway and they are looking a bit sick, what can I give them to bounce back?’ to which Ben quietly said ‘Are the divorce papers through yet?’

When asked what was his most proud achievement? He responded, firstly my family and then the successful breeding and commercial success of a pencil pine ‘Swanes Golden’ Cupressus Sempervirens Stricta.  This tree was patented in the USA for 20 years and was a huge success for Ben.

Over many years Ben was been recognised for his contribution to the horticultural industry: Department of Primary Industries awarded Ben in 1995 the Plant Breeders’ Rights Registrars Award for recognition of his outstanding vision and contribution. In 2005 Ben was the recipient of the Graham Gregory Award for research and development in Australia. In 2008 he was awarded the Waratah Award, from the Nursery and Garden Industry NSW and ACT Ltd and lastly in 2011 he was awarded a Member of the Order of Australia for services to horticulture and to business, to the development of the Australian native plants export trade, and through executive roles with a range of industry based organisations. Now you know why this man was given the tag,  ‘The Legend‘.

Podcast from ABC Gardening – Ben was 88 when this was filmed in his garden with Costa. 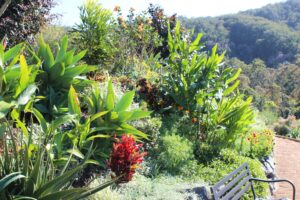 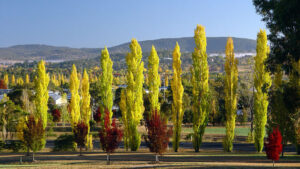 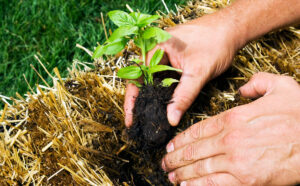